Oscarsborg is situated in the middle of the Drobak Straight. The stronghold played a key role during the german invasion of Norway in 1940. On April 9th guns and torpedoes hit the german battleship «Blücher», which later sank further into the fjord. The german battle plan was disturbed, and the government avoided being captured by german forces. Today, Oscarsborg is a very interesting large-scale museum open to the public.

Oscarsborg is a great experience all year. Take a guided tour!

Oscarsborg Fortress played one of the key roles in norwegian war history, as the local commander Birger Eriksen took the personal decision to shoot at the incoming battle fleet. No orders had been given by confused and indecisive government or central military commanders. As the enemy came sneaking up the fjord in the very early morning dusk, unprepared personnel had to improvise the defense of the nation. The drama culminated with the sinking of Blücher and damage to other warships in the german fleet. Later on, the fortress surrendered after bombardment, and german threats of massive bombing of Oslo. But Oscarsborg had stopped the germans – for a while 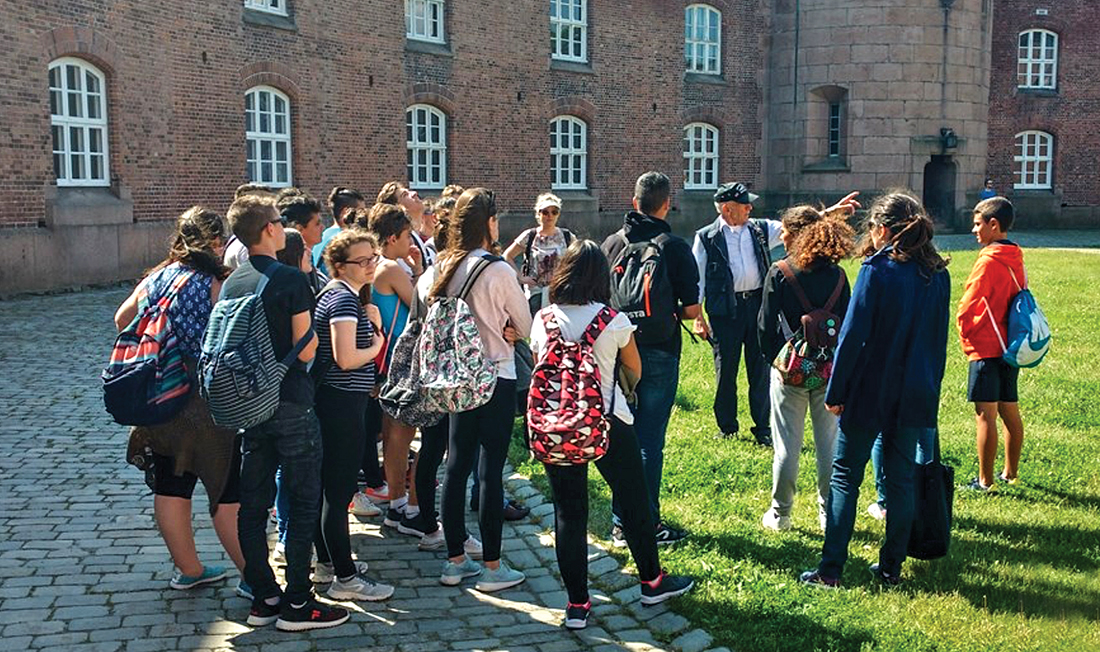 Oscarsborg represents much exciting history. We recommend a Guided Tour!

What used to be a military stronghold that effectively kept enemy fleets out of the inner Oslo Fjord, is today a very interesting historical site open to the public. It is more than just a monument. The old castle provides a modern museum, and guided tours are available.  Some 11 certified guides are at your disposal – but must be ordered on beforehand. For further information, klick HERE.

How to get there?

A ferry service from Drobak takes visitors to the castle all year. The crossing takes 10 minutes. Summer and winter time schedules are different. For timetable, click HERE!

From Aker Brygge in Oslo, a very interesting tour by speed ferry is available. This ferry shuttle provides a superb sightseeing of the islands in the inner Oslo Fjord and makes a splendid travel to Oscarsborg. Read more HERE! 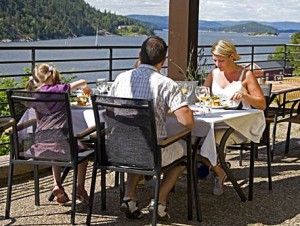 Oscarsborg Hotel: Living and dining in a fantastic environment.

Oscarsborg Castle is situated on two islands, connected with a bridge. A Guest Harbour is open in the summer season for private boats. Havnekroa Oscarsborg, a seaside tavern, is located in this harbour.

Part of the castle is a modern hotel with nice restaurants: http://www.oscarsborghotel.no

During the summer season, the castle also offers a row of cultural activities: Opera in the castle yard and several art galleries. Walking around the premises also gives an impressive experience of the natural environment and lots of architectural views. And a close look at the big cannons «Joshua, Aron and Moses» gives a mighty impression of military technology of that time. The Operas change from year to year. Updated information HERE. 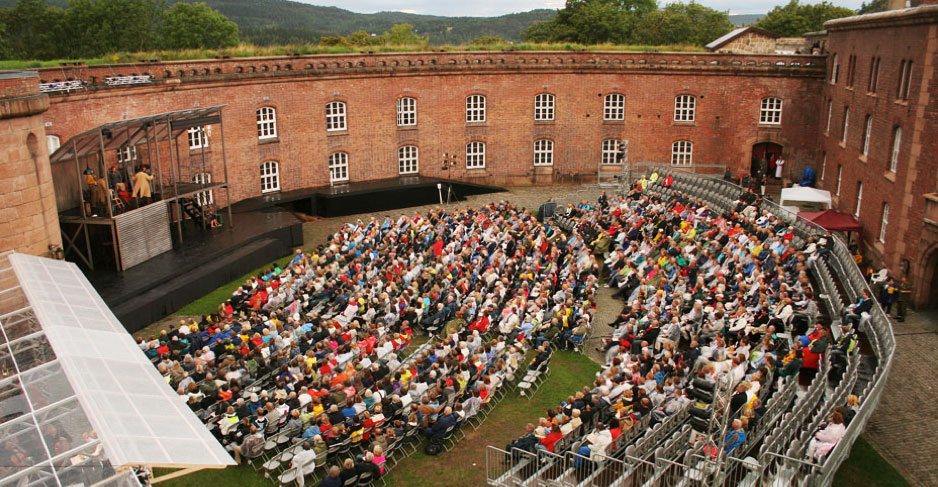 Opera in the Fortress Yard.

Oscarsborg provides knowledge and history to the younger generation. A Guest Harbor wishes boating people welcome for staying over night in the summer season.