The statue of Colonel Birger Eriksen is to be found at the entrance of The Seaside Park. The Colonels bust watches over the strait where the canon fire and torpedoes hit the cruiser Blücher. One of the Blücher anchors is displayed close to the statue. 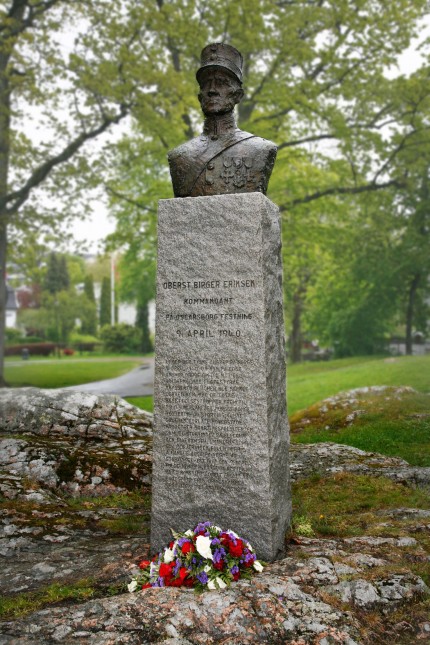 The statue of Colonel Birger Eeriksen.

The history of this man is engraved in the stone under his bronze bust:

Commander of The Oscarsborg Fortress 9th of April 1940

During the german attack on Norway 9th of April 1940 he took personal responsibility for opening fire at the intruding fleet. The cruiser Blücher was sunk, thereby the german occupant forces did not reach Oslo as planned. The norwegian King, Government and Parliament could therefore leave the capital. The President of the Parliament could later summon the parliament at Hamar and Elverum, where the Elverum declaration – which gave the government authority to act on behalf of Parliament – was given on the 9th of April. Accordingly, King and Government could then on a constitutional basis continue the wartime efforts for liberation also outside the norwegian borders. Norwegian government operated from London after the 1940 war campaign was lost in Norway.

The statue was presented to the public on the 100th anniversary of Eriksen’s birth, in memory of Oscarsborg Fortress’ achievements on the 9th of April 1940. Read more about the dramatic war history in the Introduction Article of Drobak.

One of Blüher’s anchors can be seen close to the statue. Many people from around the world come here to memorize and pay tribute to the tragic and disastrous event in the Strait of Drobak during second world war. 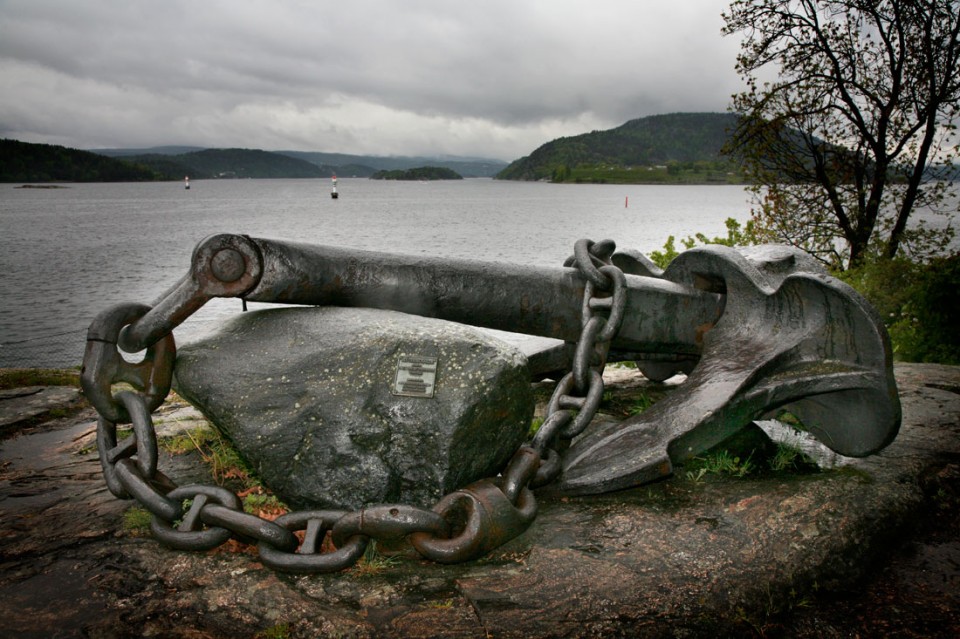 The Blücher anchor, memory of a war disaster. Oscarsborg Fortress can be seen in the background.